Looking for movies to watch before going to college? Here are 20 insanely good college movies you should watch before freshman year!

You’ve heard all the college experiences from your older friends and family members, but college is a big deal, and you need more. Don’t worry, there are tons of college movies waiting for you.

While these aren’t the most reliable sources of information, these are the best movies to watch before college if you want to have a fun time and learn a bit more about what’s like to be a college student.

Not all these college movies show the most relatable view of what going to college looks like, but they are definitely a great way to spend time with your friends and treat yourself.

Netflix and Amazon Prime are my favorite places to watch college movies. And now you can get 6 FREE months of Amazon Prime if you’re a college student! All you have to do is click here to get Amazon Prime Student.

This post is all about the best college movies.

20 College Movies You Must Watch Before Going To College

Turning 18 and going to college doesn’t mean you suddenly know everything about what you want to be in life. Everyone’s learning process is different, and growing up is not always the most pleasant experience.

This is basically the plot of Lady Bird (2017). Saoirse Ronan is a teenager with a strong character trying to figure things out in the adults’ world. If you’re feeling a bit lost, this movie will give you the push to not give up.

Most people will agree that the best way to move on after a breakup is cut all contact with your ex and get on with your life. Well, Elle Woods (Reese Witherspoon), the main character in Legally Blonde, is willing to do all of that, except for the moving on part.

Instead of that, she decides the best way to get the love of her life back is to go to Harvard and become a lawyer. Elle Woods is one of the best representations of determination and her strong will definitely gave me the strength I needed to get through my freshman year of college.

Not everything is about studying in college, it’s also about friendship, fun, and, of course, love. Everybody Wants Some (2016) is about a group of college students who start their freshman year and how they approach this new experience and make the most out of it.

If you need a fun movie with easily lovable actors and a lot of college parties, this is the one for you!

4. The Perks Of Being A Wallflower

The Perks Of Being a Wallflower (2013) is a gem from the 2010s, and you can already tell that only by checking its cast: Logan Lerman, Emma Watson, and Ezra Miller, do I need to say anything else?

But it goes beyond that. This is the story of a lonely student who forges a strong friendship with a group of seniors in his school and how it turns into the most magical year of his life. This movie is all about living the present, experiencing new things, and the special connection we find in unexpected people.

Short story long: this is the story behind Facebook. Not only this is a great biopic of the creator, Mark Zuckerberg, but it’s also considered one of the best movies of the 2010s.

It spills the dirty truths behind the creation of the most popular social media platform and shows you the beginning of an empire. Oh, and it also has Andrew Garfield’s best scene of all times and that’s definitely worth watching.

A movie about two best friends who have to leave their hometowns to go to college directed by Olivia Wilde with a feminist approach? I’m all in for it.

Molly and Amy have spent their high school years avoiding any parties and fun experiences that could interfere with their school grades to get into their college of preference. Turns out, they missed one of the best parts o the high school experience, but not anymore.

The House Bunny (2008) is probably one of the most iconic college movies. Anna Faris plays a Playboy bunny, Shelley, who is expelled from the Playboy mansion. Homeless and without no one to go to, she finds a new home as the house mother of a campus sorority.

This movie is all about friendship and staying true to yourself.

Sydney White (2007) will give you a modern perspective of the Snow White tale. This is the story of Sydney (Amanda Bynes), a girl who gets accepted into the most popular sorority her mother was a part of 25 years ago.

Sadly, she soon finds out the sorority is nothing like she expected, so she will have to find her real place on the campus. I’ve watched this movie so many times, and I still think it’s one of the best college movies about pursuing your goals and not giving up.

For most of us, Easy A (2010) was the movie that introduced us to Emma Stone. She does an amazing job at playing Olive, a girl who becomes the protagonist of a rumor about her virginity. Instead of denying it, she decides to just go with it and use it to her own benefit.

Easy A is a modern take on The Scarlet Letter, by Nathaniel Hawthorne. I watched this movie more times than I can count when I was in high school, and it’s still one of my favorite college movies.

A group of Broadway stars decides to help a queer girl from Indiana who got banned from her school prom because she wants to go with her girlfriend.

This is a really cute story with a meaningful message, good songs, and the most iconic cast that includes Meryl Streep, Nicole Kidman, and James Corden, among many others!

Mona Lisa Smile (2003) is a movie set in the 50s. Julia Roberts is an art history teacher that starts working in a conservative school for girls. She will challenge them and make them think beyond their traditional roles as women.

This is one of the most inspirational college movies and will motivate you to pursue your own dreams.

If you need a little motivation boost, you need to watch Little Women (2019) right now. This is the seventh film adaptation of the 1868 novel by Louisa May Alcott, but I promise you Greta Gerwig’s perspective won’t be easily forgotten.

Becoming a writer as a woman (or anything other than a wife and a mother) in the 1800s isn’t easy, and Jo March knows that too well. But she, and her other three sisters, is smart, talented, and is not willing to give up.

How does a young promise of professional skiing ends up running the world’s most exclusive poker games in the Hollywood elite? You’ll have to watch Molly’s Game to know it.

The craziest part about this story is that it’s based on true events written by Molly herself in the book «Molly’s Game: The True Story of the 26-Year-Old Woman Behind the Most Exclusive, High-Stakes Underground Poker Game in the World».

If you’re looking for a crazy comedy to watch with your friends, Neighbors (2014) is perfect for you. Oh, and Zac Efron is in it.

Mac (Seth Rogen) and Kelly (Rose Byrne) move into their new house with their newborn baby. What they didn’t realize is that they just moved next to the craziest fraternity house. This means parties almost every day and noise all the time, something they will have to face as the grown-up adults they are.

Happy Death Day (2017) is a new take on Groundhog Day with a slasher tint. Tree Gelbman (Jessica Rothe) ends up trapped in a loop in time reliving the day of her birthday over and over again. Every time she gets killed by a masked killer, the same day starts again.

She will have to figure out a lot of things: who is the killer, why is he trying to kill her, and how to escape the loop.

If road trip movies are your thing, you can’t miss Road Trip (2000) before going to college.

When Josh Parker (Breckin Meyer) finds out he has mailed the wrong videotapes to her long-distance girlfriend, he and his friends decide to embark on a road trip to get them back and avoid putting his relationship in danger.

Three college girls trace a plan to change things up at the East Coast College, where they have to live and study in a male-dominated environment.

We all need some female empowerment energy before moving to college, and Damsels in Distress (2011) is the perfect fit for it!

Speaking of female power, I obviously had to include Pitch Perfect (2012) because it’s among the best college movies of all time. Everything about this movie is iconic: the cast, the scenes, and of course the songs.

Beca (Anna Kendrick) is desperate to find her own tribe, and when she arrives at college, she finds her place in the university’s all-girl a cappella group. The girls will have to fight (and practice) a lot to take on their male rivals in the campus competition.

Adventureland (2009) is the story of two twentysomethings that spend their Summer stuck in their summer jobs at a local amusement park called Adventureland.

Spending more hours than you can count on a crappy job you hate is not the best way to spend the summer, but you can get something good even out of the worst experiences.

What would you give to become the best in your field? Your time, your health, your soul?

Andrew Neiman (Miles Teller) is obsessed with becoming the best jazz drummer, and the path to get to the top won’t be easy. Especially since his teacher, Terence Fletcher, is one of the harshest teachers you’ll ever meet and uses questionable teaching techniques.

This post was all about the best college movies!

The Best Resources For College Students

The Complete List of Dorm Room Essentials You Need

This post contains affiliate links, which means that I may receive a small commission if you purchase through them (at no extra cost for you). I only recommend products and services that I have personally used and love. You can read about my disclosure here. 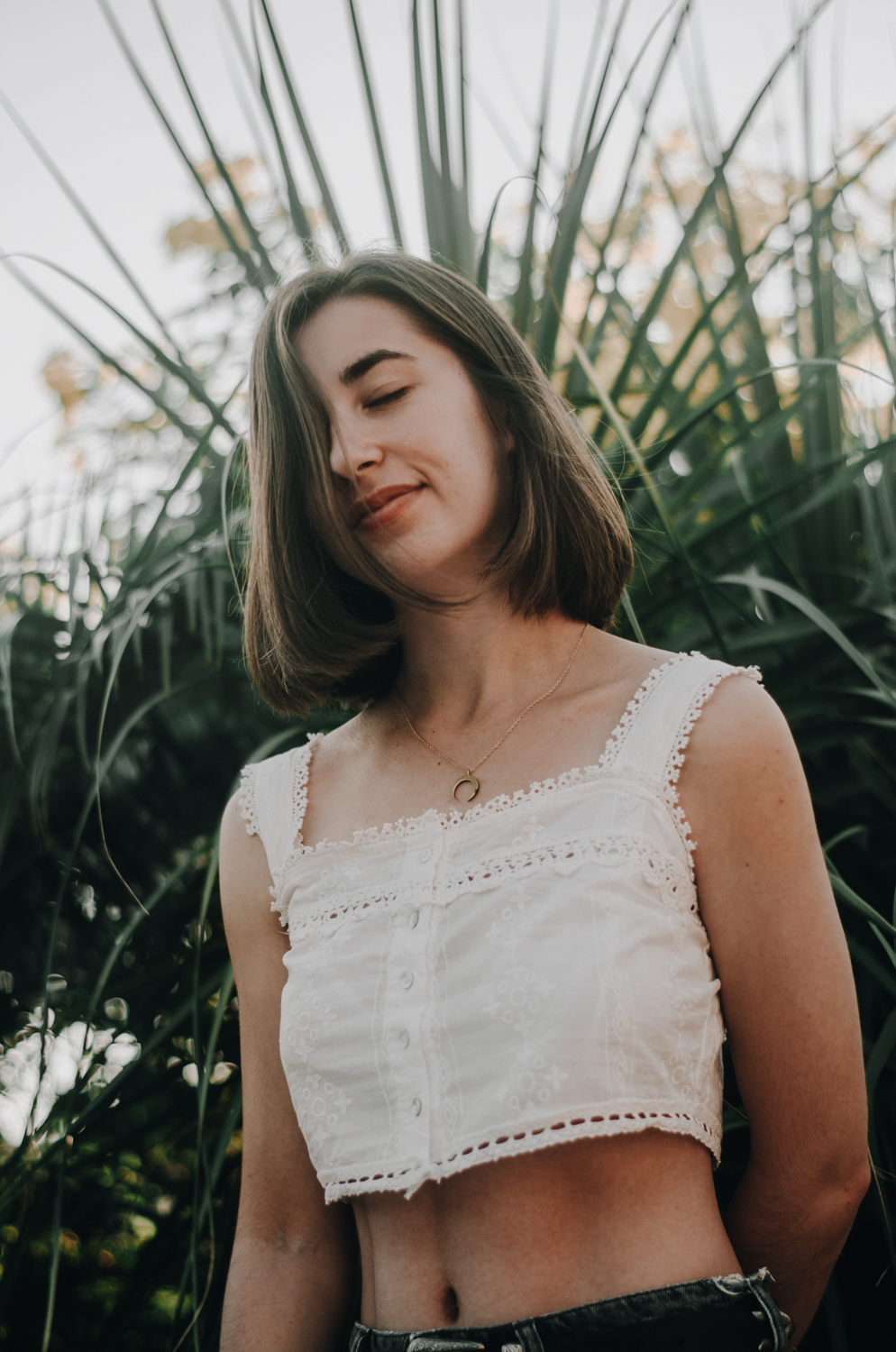 Hi there! My name is Claudia & I'm a college and lifestyle blogger. As a college graduate, I help other students out there to achieve a healthy and successful lifestyle. Here you'll find everything related to college, career, decor, & more! Enjoy your stay!